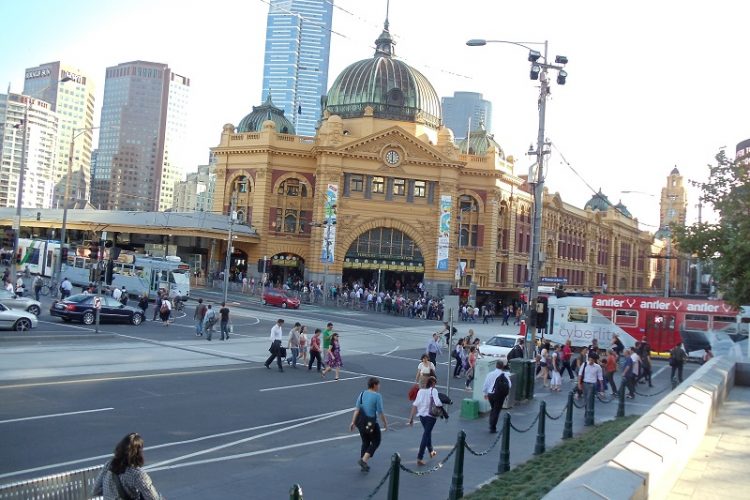 The lively cities, natural attractions, and picturesque beaches that Australia offers made it one of the top 10 countries on travelers’ bucket lists for decades.

You have probably been longing to go there for a while as well! Who can blame you with all the beauty, history, and nature that can be found in the “Land Down Under.”

Before you pack your bags and buy your tickets, here are my 10 things you should know about Australia:

The Aborigines of Australia or the indigenous people that migrated to the country from Asia. This cultural group now only represents approximately two percent of the population of the country, but that doesn’t mean that their cultures or traditions will be forgotten anytime soon. Want to learn the rich culture of the Aborigines, catch a trip to Uluru, visit the Blak Markets for their products or go on an Aboriginal Cultural Tour 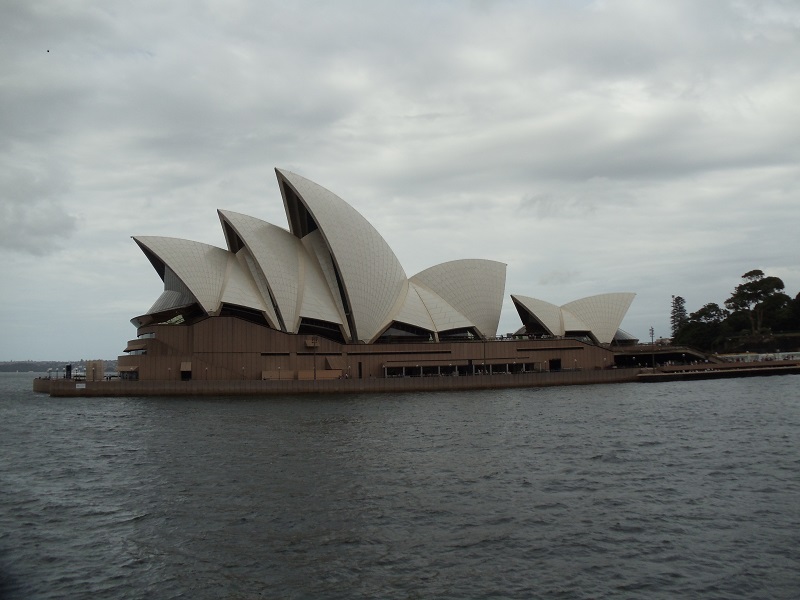 The Sydney Opera House is an impressive performing arts center and stunning architecture located on Sydney Harbor. It was opened in October of 1973. While it has opera within its name, this venue is used for much more. Not only does the Sydney Opera perform here, but the Sydney Theatre Company and Sydney Symphony Orchestra do as well. Over eight million people stop at the Opera House each year, with more than three hundred thousand of them taking a guided tour. Of course, more than one million of those visitors attend at least one of the performances that are held there annually.

3. The History of Uluru

No one knows for sure when the first Aborigines arrived in Uluru, but so far, the evidence states that it was twenty thousand years ago. Uluru is also known as Ayers Rock, and it is one of the most recognizable landmarks in the country. This rock formation comprised of sandstone only reaches 1,142 feet in the air, but most of the structure can be found buried.

William Gosse first noticed this impressive feature in 1873. He discovered it shortly before Ernest Giles returned to the area. There are plenty of myths and legends told about Uluru, including that two boys playing in the mud managed to create it. No one knows for sure how it was formed, but no one can deny its extraordinary beauty.

4. How the Kangaroo Arrived in Australia

It is believed that at least sixty-five million years ago, the continents of Australia, Antarctica, and South America were connected as one supercontinent, called Gondwana. It was that connection that allowed the ancestor of the kangaroo to travel to Australia. The current climate of the country is what allowed the kangaroos and other marsupials to thrive and even flourish. 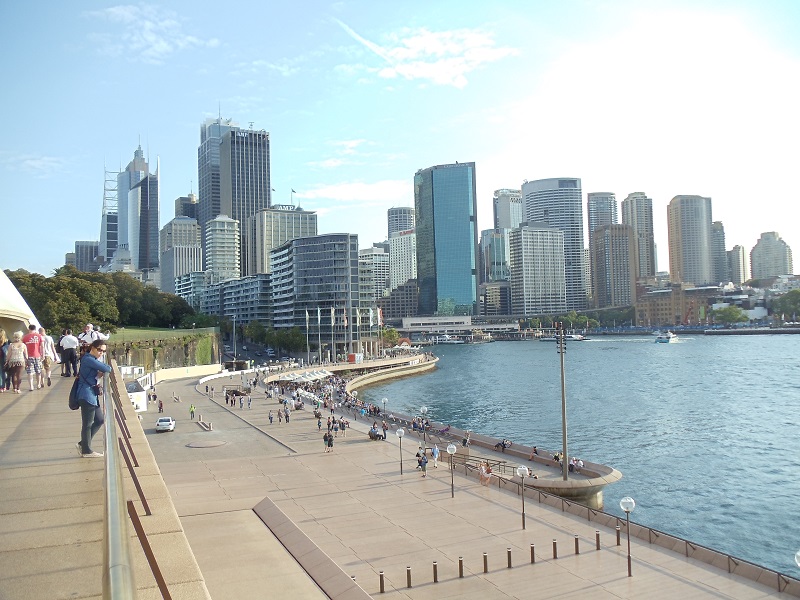 Australia’s name comes from the Latin term, “Terra Australia Incognito,” which translates into the “Unknown Southern Land.” While a few people had arrived in Australia beginning in the early 1600s, it was Lieutenant James Cook from Great Britain who determined that a colony was necessary there in 1770. A fleet of ships arrived in 1788 to create a penal colony and many more followed. The culture and the population of Australia changed as the Aborigines suffered their lives due to new illnesses brought over.

There are more than two hundred and sixty languages spoken in Australia with millions of the locals speaking a language other than English. Of course, the English of Australia is slightly different than the English that many people know, and it is even different than British English.

That is surprising since it was Britain who colonized the country. There used to be more than two hundred and fifty Aborigines’ languages in Australia many years ago, but only twenty of them are used today.

There are currently nineteen UNESCO World Heritage Sites in Australia with twelve natural heritage, three cultural recognition, and four are a combination of the two. Some of the UNESCO sites are The Sydney Opera House, the Royal Exhibition Building, Carlton Gardens, the Australian Convict Sites, and many more. Of course, the most popular place on the list is the Great Barrier Reef, and that is always on a visitor’s must-see list of things to do.

8. Places to Visit in Australia 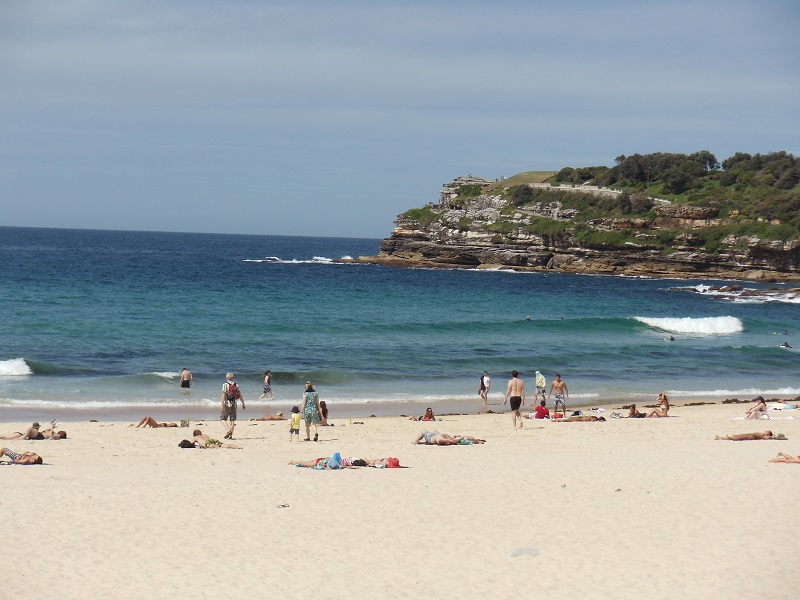 There are three cities in Australia that everyone must visit, and they are Sydney, Melbourne, and Perth. Each town is full of fabulous attractions and breathtaking scenery while being unique from all the others. Sydney has quite the nightlife as well as cultural attractions, while Melbourne is more well-known for delicious cuisine. Perth might be slightly more isolated than all the rest, but it is becoming a laidback multicultural destination that you will love.

No place in the world is as biodiverse as Australia, at least when it comes to green open spaces. They have more than five hundred parks, and the number of conservation areas tops out at more than two thousand seven hundred. The Victorian Volcanic Plain is one of the best cities with its volcanic soil, but many more tops the list including Kangaroo Island.

10. The Cuisine of Australia

Australia is a foodie’s heaven. If you have a particular interest in food, you have to taste one or two of its over 60 wines from different regions. Besides the wines, try some of the local dishes, the Lamington, also known as the National Cake of Australia, Fish ‘n’ chips by the beach and Vegemite on toast. Australia dinning scene has something for everyone, including vegetarians and vegans. Here is a list of the best places to grab some vegetarian dishes.

Out of all the fascinating things that can be done in Australia, there are three that you must do during your visit. The first is visit The Great Barrier Reef, which is in Queensland. This beautiful attraction stretches on for miles and can be seen from in the water, on a boat, or from the air. Uluru, or Ayers, Rock may be a rock formation, but the magic and mesmerizing views as the sun is rising and setting make it a must-see destination.

The architectural beauty of the Sydney Opera House, both inside and out, make it necessary for you to stop there to at least grab a photo. However, you will probably want to do more than that, as each performance that is held there is phenomenal and will make a memorable part of your trip.

These are my ten highlights that you need to know about Australia before you go, and you will learn much more when you are there. The best part though is that you will feel the history of the country come to life before your eyes, as you get to experience it all firsthand.

Plus: Italian splatterware, an exhibition of Minjae Kim’s multifaceted designs and more recommendations from T Magazine. [...]

Could I Survive the ‘Quietest Place on Earth’?

Legends tell of an echoless chamber in an old Minneapolis recording studio that drives visitors insane. I figured I’d give it a whirl. [...]

A Mystery Hidden in a Family Photograph

A Times journalist wanted to find out where his great-grandfather had grown up in Italy. He ended up stumbling down an art-world rabbit hole. [...]

For Sale in the French Alps: Ski Chalet With a Backyard Mountain Range

Peak properties in France’s Auvergne-Rhône-Alpes region remain as popular as ever, with clients seeking a ‘safe refuge for their cash,’ agents say. [...]

Read Your Way Through Tangier

Tangier’s many facets have long inspired writers. Here, the Moroccan-born novelist Laila Lalami introduces readers to the books and writers that, to her, best capture the city. [...]