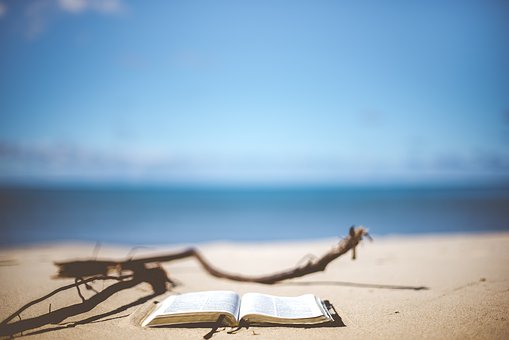 Billie Letts novel Where the Heart Is, tells the story of seventeen-year-old Novalee Nation, and how a small community comes together to help her find “home.” In the words of Sister Husband, “Home is where your history begins.”

At seven-month pregnant, her boyfriend, Willy Jack Pickens, leaves her stranded in front of a Wal-Mart in Sequoyah, Oklahoma, on the way to Bakersfield, California. Because he is annoyed that Novalee keeps asking him to stop to use the restroom. Novalee dreams to have a better life and a house that is not a mobile home. Instead, she finds herself abandoned and homeless in a new town.

Still, Novalee finds ways to survive. Wal-Mart becomes her refuge. She sneaks in the store before it closes to sleep. During the day, she spends it at the library and at the store, where she meets some of the locals. Besides, she delivers her baby at Wal-Mart.

First, she meets the Town Greeter, Sister Husband, who becomes a mother figure and gives her a place to live with her daughter. She watches after the baby when Novalee is at work. Sadly, Sister Husband gets killed in a tornado; and leaves her life insurance money to Novalee, which she spends to build herself a house. Moses and Forney also help with its construction.

Then, she meets Moses Whitecotton, the store photographer, who repairs her old camera and gives her photography lessons. She becomes a gifted photographer and wins an award for one of her work. Moses also informs her about giving her daughter a name that has validity, and after some thought, she calls her daughter Americus.

Novalee learns the true meaning of friendship from Lexie Coop, also a teenage mom and a mother of four. She has a good friend in whom she can confide. When Sister Husband house gets destroyed in the tornado, Lexi takes her and her daughter into her home.

Lexie is the one who notices how much Forney cares for Novalee and tells her. But Novalee refuses to see it because she believes that Forney deserves someone better than her. Forney also helps her with raising Americus and brings her daughter books.

One day, she hears about Willy Jack in the news and searches for him. She realizes Willy Jack music career never took off and he got arrested. He ends up in prison and also, loses one of his legs from a train accident. When Novalee visits him in the hospital, she feels remorse instead of hatred toward him. She learns forgiveness.

Willy Jack asks Novalee to take him home, back to Tellico Plains, Tennessee. Novalee who realizes the importance of having a home and remembers Sister Husband saying “home is where you go when you fall flat on your face” agrees to drive him.

After Forney’s sister death, he leaves Sequoyah to finish his school in Maine. Novalee becomes aware of how much she and her daughter miss him. She realizes that she cannot continue lying to herself and especially, to Forney. For this reason, she goes searching for him. When she finally finds him in Chicago, she admits that she lied about loving him. She confesses that she does love him.

During her journey, these groups of people play a significant role in Novalee becoming a fulfilled young woman. She has the guidance, confidence, and support to control her destiny.

Ultimately, she finds love. She has a place to call home – where she and her daughter can go when they fall.