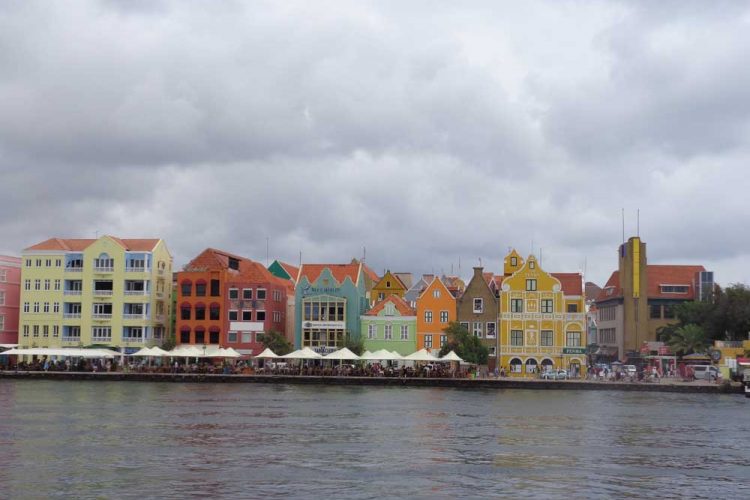 Willemstad, the capital of Curacao, a UNESCO World Heritage, is known for its colorful Handelskade backdrop. Its 18th-19th-century Dutch architecture makes it one of the most iconic capital city in the Caribbean for vacation.

Because of its pristine and unspoiled beaches, Curacao appeals mostly to those who love: sailing, snorkeling and  diving.

When I saw the Willemstad Handelskade backdrop pictures on the Internet, I could not wait to see them myself. A more of a European feel than the laid-back and vibrant Caribbean vibes that I am accustomed to on my Caribbean trips. Meanwhile, I appreciate the uniqueness and history of the island. 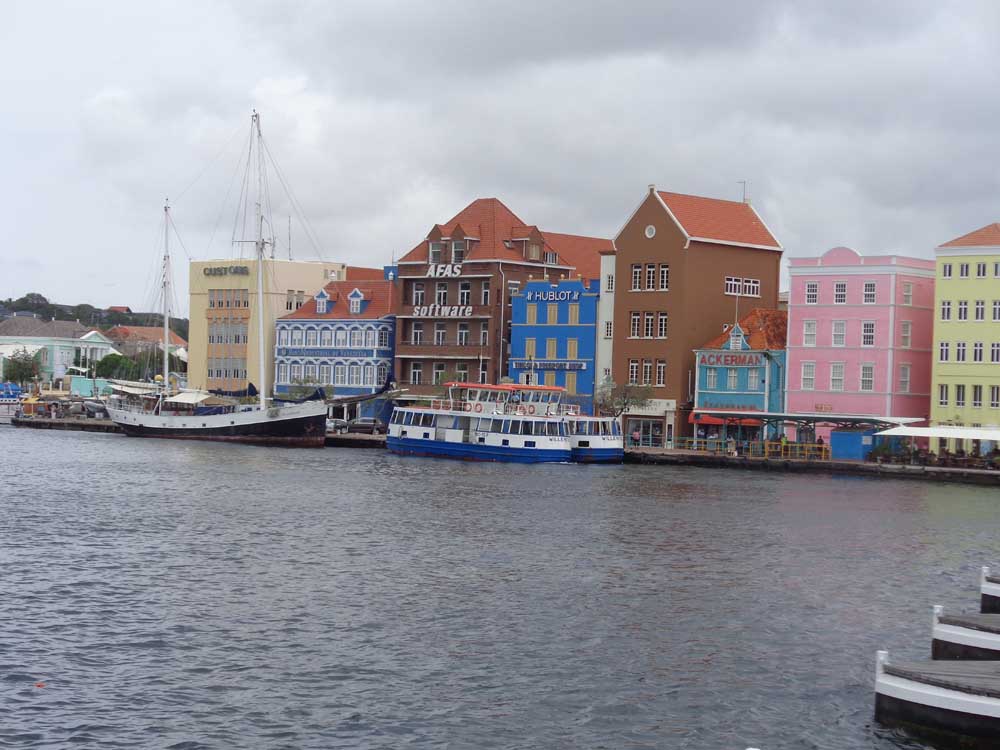 Things to do to in Curacao

Not very familiar with Curacao, besides enjoying the pebbly and uncrowded beaches, I get a chance to know about the history and culture of Curacao on the “Island Tour”, a very popular excursion for tourists. The Tour bus picks you up at the hotel and drops you back.

The seven-hour bus tour goes through different parts of the island. The Western part is far remote, and it is cheaper. Without a car, it is hard to get around the island to get food and sightseeing. And there are fewer local buses that go there.

We tour the Eastern side of the island, where most of the hotels, resorts, and restaurants are located. It is easier to get around without a car, local buses run quite often, from there to downtown.

The tour also goes to the Bon Bini Liqueur Factor for tasting some of their popular liqueurs.

Interesting history of Curacao that I learn on the Tour:

From this Tour, I have a better understanding of the history of Curacao.

The Willemstad’s Floating Market, where locals purchase their produce and seafood from vendors nearby Venezuela is worth visiting.

Walking on the Queen Emma Pontoon Bridge, also nicknamed, the swinging old lady, when it is opening to let boats pass through is an experience in itself.

Kenepa Beach, the most beautiful public beach on the island, is in the western part. A great beach to go for a swim, to soak some sun, especially if you are not staying in a beachfront hotel.

After all these activities, I get to enjoy some live music and entertainment, while getting something to eat at the Rif Fort, located downtown.

Vita Vegetarian Cuisine, located in Pietermaai, is a 15-minute walk from downtown (Penha). It meets my dietary restrictions: gluten-free and vegan and vegetarian dishes. Curacao does not grow much food, most are imported. But the dishes are fresh, flavorful, and tasty.

The zucchini spaghetti has big chunks of tomatoes and mushrooms. The sauce is not watery and unseasoned. The sweet potato soup has the right consistency and amount of seasonings: no oil, no butter, and no flour. From the patio, the view of the Caribbean Sea and the boats passing by just enhances my dining experience – serene.

The Hilton Curacao hotel, a 10-minute car ride or one-hour walk to downtown, is in a great location, but better suited for business clienteles. An older hotel, but well-kept and the rooms are fairly large.

The hotel has a shuttle that runs twice a day to and from downtown makes it convenient to get around. When I want to stay later in downtown, I take the local bus for $2 or a taxi for $15 back to the hotel.

Another option, the City Suites Hotel located within walking distance to downtown, but it is not on the beach.

How to get to Curacao

From Miami, you can get a cheap flight for less than $500 dollars to Curacao on American Airlines. It is a three-hour direct flight. A taxi from the airport to the Hilton Hotel is $30 dollars. Curacao is in the  Atlantic Standard Time all year. There are no Daylight Saving Time clock changes.

Looking for a “happening” place for vacation, Curacao may not be the ideal. Friday and Saturday nights are dead – silent. The bar in my hotel closes around midnight. Although some of the resorts on the island have beach parties, you need transportation. A taxi can cost $30-45 dollars each way.

For a relaxing vacation – honeymoons and wedding anniversaries, – “hands-down” Curacao beats most Caribbean islands. With its idyllic beaches, various ethnic restaurants, and eclectic stores, it is the perfect place. On the other hand, for girls’ weekends and vacations, Jamaica and the Bahamas are the more suitable islands.

Post comments below and let us know what you think.

Plus: Italian splatterware, an exhibition of Minjae Kim’s multifaceted designs and more recommendations from T Magazine. [...]

Could I Survive the ‘Quietest Place on Earth’?

Legends tell of an echoless chamber in an old Minneapolis recording studio that drives visitors insane. I figured I’d give it a whirl. [...]

A Mystery Hidden in a Family Photograph

A Times journalist wanted to find out where his great-grandfather had grown up in Italy. He ended up stumbling down an art-world rabbit hole. [...]

For Sale in the French Alps: Ski Chalet With a Backyard Mountain Range

Peak properties in France’s Auvergne-Rhône-Alpes region remain as popular as ever, with clients seeking a ‘safe refuge for their cash,’ agents say. [...]

Read Your Way Through Tangier

Tangier’s many facets have long inspired writers. Here, the Moroccan-born novelist Laila Lalami introduces readers to the books and writers that, to her, best capture the city. [...]