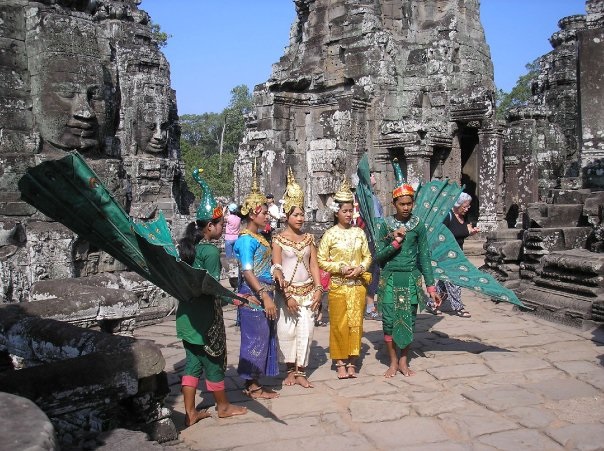 Cambodia is an increasingly popular country amongst tourists and attracts more than a million visitors each year. It is known for its fantastic food, famously hospitable people and notably, the Angkor Wat – the most significant religious structure in the world. It also has an incredibly rich cultural fabric. 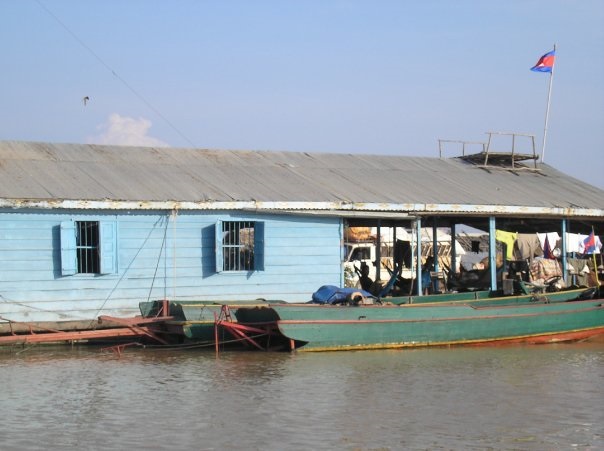 Cambodia is a Southeast Asian country bordered by Vietnam to the east, and Thailand to the northwest. Historically speaking, Cambodia has gone through several centuries of misfortune and devastations. The French colonized Cambodia in the 19th century, and the country suffered massive bombings by the USA during the 1970’s.

Most harrowingly, Cambodia sustained the Khmer Rouge’s ruthless reign, which carried out The Cambodian Genocide. An estimated 1.5 to 3 million people died as a result of this genocide between 1953 and 1970. 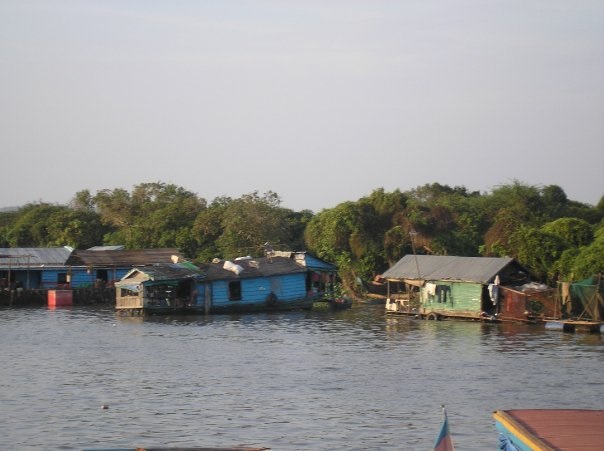 Because of their traumatic history, there is a collectively felt trauma still present in the citizens to this day. Many of today’s parents and elders grew up without families, forced into slavery, witnessing atrocities, with nowhere to turn for help. However, Cambodia has resiliently been bouncing back to stability since the 1990s. Its economy has recovered massively, mainly due to the women labor force. The female-dominated garment sector currently accounts for more than 80% of the country’s export revenue.

The capital city of Cambodia is Phnom Penh. Phnom Penh’s history is both fascinating and tragic. It is known internationally, not just for its monuments, but also for its bloody history. In 1975, Phnom Penh fell to the Khmer Rouge.

Residents forced to evacuate and pushed into the farmlands of Cambodia to work for the Khmer Rouge. The Khmer Rouge believed intellectuals were dissidents and all those they could find, they captured, tortured and killed. As the Khmer Rouge turned Phnom Penh into their headquarters, Cambodians of all ages were imprisoned and brutally tortured. 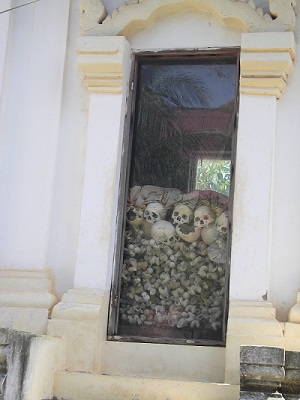 Phnom Penh is the largest city in Cambodia and is bustling with activity; intriguing markets, a charming café culture, and a delicious food scene. You can explore The National Museum, The Silver Pagoda or the Killing Fields & Toul Sleng – which are the infamous killing fields of the Khmer Rouge.

Phnom Penh also has a thriving art scene. Its culture, including its art and music, is quite remarkable and must not be ignorantly overshadowed by the city’s dark past.

Make sure you negotiate the price ahead of time and not accept the inflated rate you get from the drivers. If you’re not sure of the cost, ask your hotel staff in advance.

Beyond a 5-hour drive from Phnom Penh is Cambodia’s most primary attraction: Angkor Wat.

Built in the first half of the 12th century (113-5BC). The Angkor Wat took an estimated 30 years to finish building. Constructed for the king Suryavarman II as his state temple and mausoleum. It has remained a significant religious center since its foundation – first Hindu, dedicated to the god Vishnu, then Buddhist.

Angkor Wat required considerable restoration in the 20th century, mainly the eradication of accumulated earth and vegetation. Work was interrupted by the civil war and then the Khmer Rouge’s control of the country during the 1970s and 1980s. Thankfully, relatively little damage done during this period. This temple has become a compelling symbol for Cambodia, is a source of great national pride, and appears on its national flag.

Angkor Wat lures more than a million visitors to Cambodia each year. It is the most massive religious structure that has ever been built and is considered the ‘7th Wonder of the World’.

From a distance, Angkor Wat might appear to be a huge mass of stone on one level with a long causeway leading to the center; but get closer, and it is a series of towers, covered galleries, chambers, porches and courtyards on different levels, all linked by stairways.

Despite being the most photographed of all Khmer monuments, nothing comes close to the experience of actually witnessing the beauty of the Angkor Wat. This temple eludes a combination of romance and grandeur. Dazed and stunned by the view, one can never look upon the ensemble without a thrill, a pause, an epiphany! It might just be the most impressive sight you will ever behold. 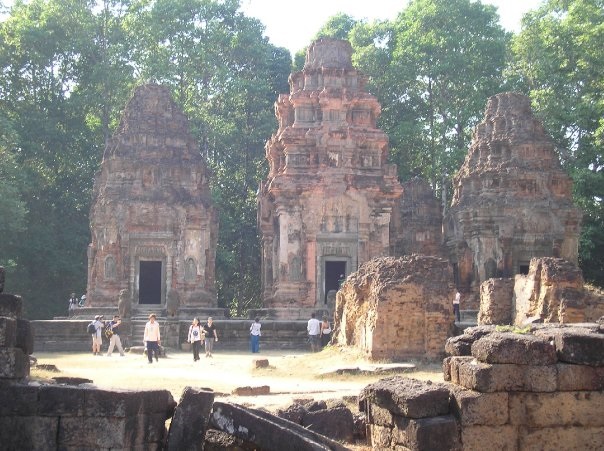 It’s hot year-round in Siem Reap, and you’ll want to get some sightseeing in before the heat gets unbearable. Also, there is so much to see that one needs as much time as possible. Starting your day early, that will help you avoid the bustling crowds at the complex so you can enjoy your view in its full extent, and have the best angles for your pictures!

A tuk-tuk will get you to Angkor for less than 2.00 dollars.

The sunrise and sunset at Angkor Wat are the most sought-after sights among the tourists. You can witness the transformation of the night into a brand-new day. There will be a small lake with flowers, and that is the place you want to be when the sky turns purple, orange, and light blue.

Watch the sunrise on your second day!

This way, you won’t need to buy tickets in a hurry, and you’ll already be familiar enough with the road and how long it takes to arrive there.

Angkor Wat is one of the most beautiful temples in the whole area. Tourists also love to see the pink-hued, intricately carved Banteay Srei, also known as the ‘women’s temple,’ a half hour from Siem Reap. 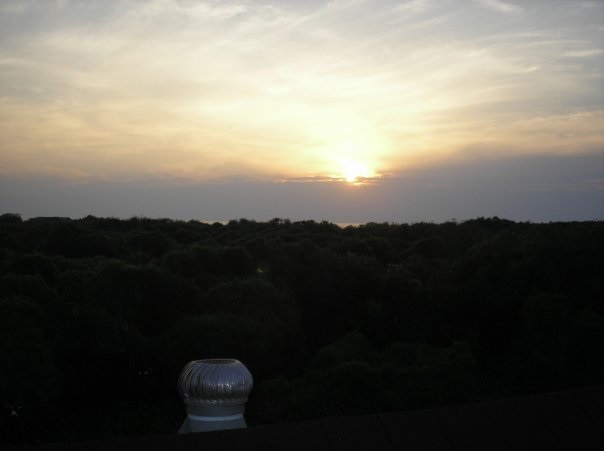 Also close to Angkor Wat is Ta Prohm, famous for its tree roots that seem to choke the stone–and even the fact that Hollywood filmed the blockbuster Tomb Raider in this area. The ‘must-see’ sites usually include the Angkor Wat (the main one), the Bayon and Ta Prohm.

Give yourself several days to explore the complex!

The complex is massive and stretches around 400-square-kilometer area.

Not only will that make it easier for you to find your way around, but the guide will also inform you of the historical and cultural significance of Angkor Wat temple to absorb the full experience.

Entrance Fee to the Angkor Wat

The Angkor Wat will cost some dollars. A three-day pass for 62 dollars allows you to enjoy the ruins thoroughly. If you are a history buff, get the one-month pass for $72 to save money. On February 1, 2017, the prices have increased significantly. 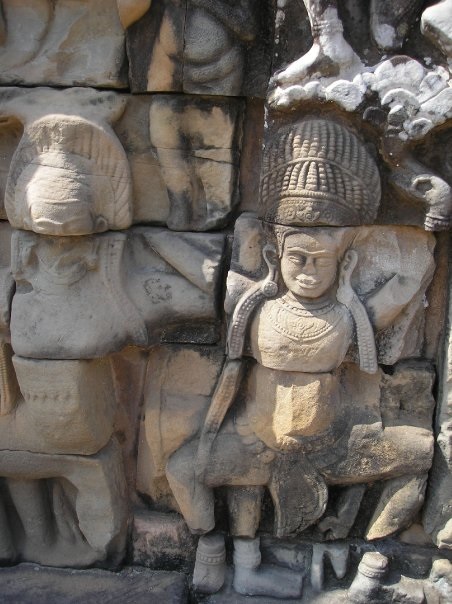 Looking for a place to stay in Cambodia, there are many options available. It all depends on your budget and type of lodging you prefer. Cambodia is one of the cheapest places to travel. 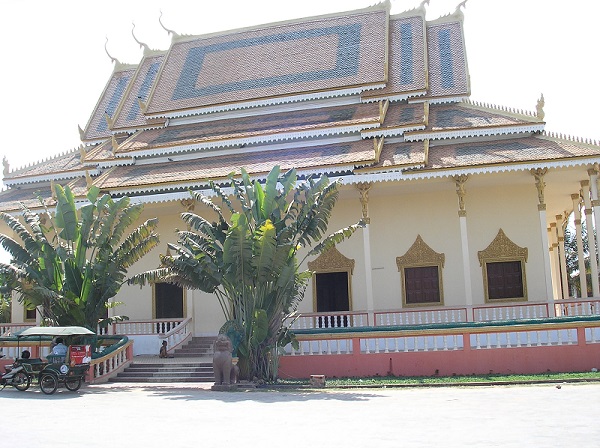 A budget of less than 500 dollars can take you a long way. Hotel prices are about 50 dollars, and you can stay at hostel fo10 dollars per night.

Siem Reap is not your average lodging. It is luxurious and still within your budget. Private rooms and dorms are available.

Hostels are always a great place to meet other people with similar interests and save money on tours. The beautiful Wat Damnak Pagoda is within walking distance. It is located within 5 minutes to everything (pub street and old market) and 20 minutes to Angkor Wat.

Who would not want to stay in Mad Monkey? You already know it is going to be a fun place. It is a fabulous atmosphere to make new friends and seems like home. Hang-out on the rooftop bar and relax by the pool after touring the Angkor Wat. It is in the middle of Pub Street and less than a mile from the Angkor Wat.

In Phnom Penh, the Top Banana Guesthouse is a safe and clean place for lodging. The rates are reasonable. They know how to provide exceptional customer services. For being around for 17 years, it is popular among backpackers.

Let’s face it, hostels are not luxurious. You can indulge in Cambodia for one-third of the price of a hotel in New York. You can afford lavishness on your Cambodia vacation.

A four-star hotel located within 3 miles of the Angkor Wat. Tara Angkor Hotel offers many packages that include massages and facials. With a short ride, you can walk to the city town center to buy souvenirs or get something to eat.

When you think of Sofitel elegance comes to mind. An award-winning hotel with manicured gardens, a spa, and golf you will not be disappointed with your stay.

The historical Hotel Le Royal in Phnom Penh offers peace of mind and indulgence. It is not for those on a tight budget. The hotel boasts a list of clienteles ranging from entrepreneurs, writers, journalists, and royalty. So, save-up if you are looking to splurge at the Hotel Le Royal.

Support and visit the Angkor Wat artisans. Help the people and the community.

Cambodia is one of the most sought-after tourist destinations in the world. Make sure to be well prepared, keep yourself hydrated and make the best of your trip. A weekend visit is not enough to explore the country, here is a post showing you ways to discover Cambodia in two weeks.