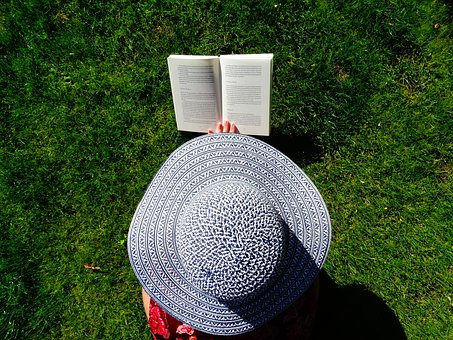 Fourteen-year-old Connie Danforth, in Midwives by Chris Bohjalian, tells the story of her mother, Sybil Danforth, who gets charged with involuntary manslaughter for the death of a patient, Charlotte Fugett Bedford. Connie provides in-depth insights of the events leading to   Charlotte’s death, how the allegations and trial affect her family, especially, her mother. Further, the support that they get from the midwives’ community.

She shows her mother’s strength, tenacity to represent all midwives, especially those practicing in Vermont, and the courage to fight for her innocence. Her love for the profession and her belief that women have the rights to have their babies at home.

When Charlotte decides to have her second baby at home, she seeks Sybil to be her midwife. Unfortunately, the labor takes longer than expected, and suddenly, Charlotte stops breathing. Sybil performs CPR and Charlotte never awakes.

Charlotte is dead when Sybil checks her pulse and performs an emergency C-section to save the baby. However, Asa (Charlotte’s husband) and Anne (Sybil’s apprentice) tell the police investigator that Charlotte was alive because they noticed a gush of blood during the C-section.

The State charges Sybil with involuntary manslaughter and for practicing without a license. If found guilty, she can spend time in jail. However, Sybil declines to take a lesser plea to prevent the case from going to trial because the deal is she has to stop practicing midwife for five years.

Besides, the wait for the trial has been very stressful on Sybil because she cannot stop mulling over the fatal decision that night.

During the trial, Sybil legal team face many setbacks. Dr. Tierney, the prosecution’s expert witness, claims that the cesarean is the cause of Charlotte’s death. Further, Sybil accidentally tells the court about the diary that she used to record the incident that night. A statement that surprises her legal team because they asked her to either get rid of it or stop writing in of the diary.

Connie mentions how her mom appreciates, the midwives, specifically, Cheryl Visco for her presence at their lowest points of the trial. She assembles the other midwives, in front of the courthouse, to protest the trial and they attend the trial every day. Further, they will go to Sybil’s house bringing food and play music to cheer up.

When the judge finds out about the diary, he orders for it to be turned over to the court. I am shocked when Connie mentions she volunteered to get her mom’s diary at the house with Patty Dunlevy.

And that she removed the pages that would be damaging to her mom’s defense team. I guess this may have impacted the outcome of the trial and would want to know how the prosecution let that happen.

In her defense, she states disposing of those pages in the diary, and her mom’s conviction would not bring back Charlotte, but merely destroy another person life. I agree with her.

The jury finds Sybil not guilty of involuntary manslaughter, but guilty of practicing without a state license. She pays two hundred dollar fines.

Midwives around the country rejoice and especially, those practicing in Vermont. They feel that the trial was a backlash from the medical community.

Connie points out that her mom was in high spirits that the trial was over and she can move on with her life. But, they both knew their lives changed forever.

Sybil tries to go back to her practice and realizes she is second guessing her decisions to avoid making the same mistakes.

She could not shake the fears that another person could die at her hands. In the end, she makes the unthinkable decision to stop practicing midwife. I hope Sybil found peace after that decision.

Sybil died from lung cancer. Connie, an Ob-gyn, in her thirties wanted to tell her mom’s story from her point of view.