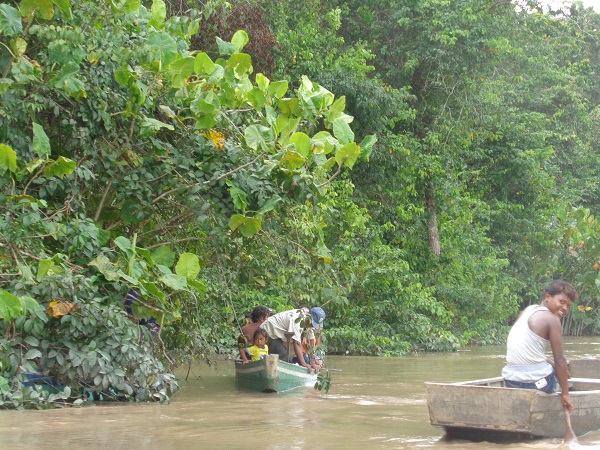 Knowing these 5 things about Guyana, you’ll appreciate the country more, get a better understanding of its history and culture.

Want to know more about Guyana. Read my blog why visit Guyana.

This is my 5 favorite interesting facts about Guyana.

Known as the Guyanese slave Rebel, Coffi was born in West Africa and became a slave. He was the leader of the first slave revolution in Guyana. In 1763, he gathered around 2,500 slaves on on the plantation of Magdalenenburg to fight against the colonial regime.

His revolt was not successful. He was captured and killed. Unlike the slave revolt in Haiti, Coffi did not have anyone to continue his fight.

He is a national hero in Guyana. A statue of Coffi stands at the Square of the Revolution at the top of Brickdam.

Guyanese recipes come from multiple cultures. If you are a foodie, here are some local dishes to try when you are there. There are no vegan choices here. Meat is the core of these recipes. 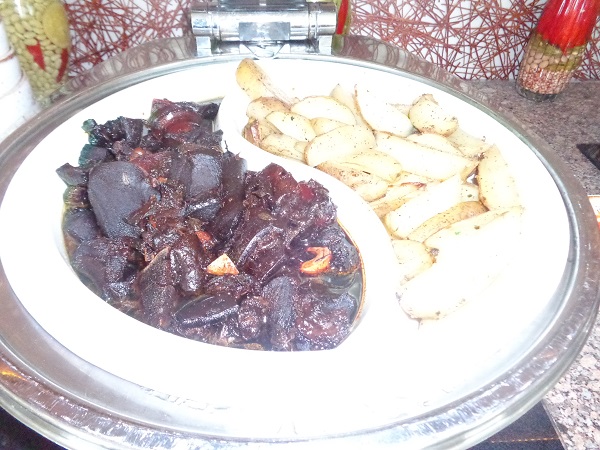 You will find cook-up rice at every restaurant. It is a one-pot dish that can be made with any peas, such as pigeon peas or chickpeas and some meat. You can make this dish vegetarian or vegan. Here is a recipe to experiment your culinary skills.

Pepper Pot is an Amerindian dish that you can find in many local restaurants. The main ingredients, cassareep, is made from cassava root, which adds flavor as well as the dark brown color. The recipe also requires pigtails, cow heel or trotters and scald. There is nothing vegan or vegetarian about this dish.

Garlic Pork got its influence from Portugal. You’ll need the following ingredients, lean pork, peppers and apple cider to make this dish.

I did not see black pudding at many restaurants. Black pudding or blood sausage, it is made with cow’s or pig’s blood and regular milk or coconut milk. Here is the recipe.

The Patamona lived in the Upper Siparuni river and Yawong valley. From their artifacts, Archeologists believed that they were affiliated with the Akawaio group back in the 19th century. Old Kaie was an Amerindian chief, and the Kaieteur Falls was named after him.

The Waiwai migrated from Brazil. From their appearance, they were the only Amerindians that wore traditional clothes.
The men would grow their hair very long and created a knot or tied it in a tube. The waiwais wore loin-cloth, a hand-woven piece of cotton.
The Carib-speaking Taruma lived along the Essequibo River. Waiwai architecture can be seen in Georgetown. The Umana Yana represents Waiwai architectural design.

Since 1839, the Arekuna lived in the central Karamrang river. The blowpipe is their main contribution to the Guyanese culture. The Arekunas are made up of missionaries and those who migrated from Venezuela.

The Warau is the oldest Amerindian groups, and they are dated back to 7,000 years ago. They are known for their canoe building and found only in Guyana and Venezuela,
Isolate is their primary language. The first group to build houses on stilts, and they are the only linguistic people in South America. They are identified by their shells mounds of the North-west and Pomeroon river area.

The Carib-speaking Akawaio are the descendants of the Karinya, and lived since the beginning of Christianity, about 80 B.C.
They are known for their rituals. To get rid-off evils spirits, the Akawaio tied a band around the writs of their Newborns.
They buried their dead in the same place they died. If a person died at home, they burned the house with the body and the rest of the family abandoned the area.

The earliest of the Amerindians, the Karinya inhabited in the upper Pomeroon river roughly 3,000 years ago.

Did you know that the Caribbean name comes from the Karinya (Carib)? With a similar culture of the indigenous in Columbia, they are scattered throughout the Caribbean and South America.

The Caribs are also found in the Essequibo lake district, North-West Districts, the river and Mayaicony river.

The Arawak were the pioneers for their farming. Discovered nearby the Aruka river about 3,500 years ago, they lived-on manioc that they baked to make bread on a ceramic grill.
A diet based on an abundant amount of protein allowed them to carry heavy wooden shovels to build homes and cultivated fields for grazing.

Discovered in 1929, the Kaieteur Falls is enclosed by natural beauty. You’ll see the vast forest, wilderness, and plateau. It is the world’s most powerful falls and oldest in South America, 23,000 cubic feet per second cascading over 741 feet drop.

Some highlighted facts about the Kaieteur National Park.

It is home to over:

5. Five Guyanese proverbs you should know

Speaking like a local is not all about the accent, knowing the slang and proverbs are essential. Using these sayings, you’ll sound like a local.

1. Orange yellow, but yuh nah know if he sweet

You cannot judge everything from the outside

2. The looks ah de pudding is not de taste

You should not always take things by their look

Some people make use of things and people, and then carelessly discard them

It may be dangerous to go where you do not belong

5. Every rope got two ends

Every story has two sides

I hope my blog prepares you for your trip to Guyana. Post your comments.