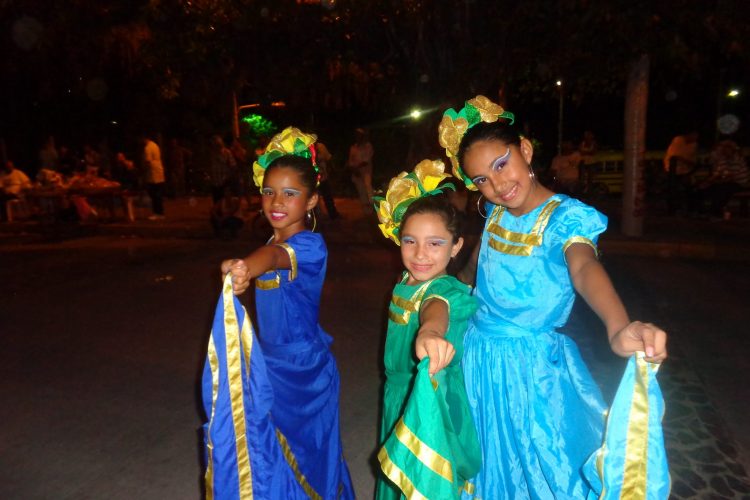 Dance is not a new concept. It has been part of our culture since the prehistoric times. Researchers discovered drawings with dance figures on Indians and Egyptians tombs that are 30,000 years old.

What are the Dance Traditions of Nicaragua?

In Nicaragua, the history of dance dates back to the pre-Columbian times, which was way before Columbus discovered the Americas. Dance became another form of expression. During the colonial period, the dance performances evolved into a protest against oppressions. Slave used dance steps to communicate with each other. Further, dancing also helped them remain attached to their native’s land.

The traditional dances in Nicaragua emerged from several cultures. The Spanish and Indigenous introduced the El Güegüense. The Caribbean launched the Palo De Mayo. And The Baile de Los Zompopos originated from the Pre-Columbian times. The mix of cultures demonstrates the spirit and history of the people and the dance.

When is the best time to See the Nicaraguan Performances?

Going to dance performances while visiting a country is an excellent way to get to know the culture. In Central America, during the religious holidays, Easter is an example,  many towns hold dance festivals. Because of the significant influence of the Catholic church, those events are celebrations of the cities Patron Saints.

When I visited Granada in Nicaragua, I got a chance to attend one of those dance festivals. It was free to the public. Students from many dance programs in the surrounding areas performed the popular traditional dances in Nicaragua.

The primary instrument needed to create the sound and music is the marimba. It is made of wood or metal keys and requires the use of a minimum one, two or four mallets. Some marimba player will hold six to eight in one hand using different grips. Using two hands, a player can use two different techniques and each has its benefits and drawbacks. They are the Burton grip, which is the traditional grip or cross grip and the Musser-Stevens grip. Both named after the person who made them famous.

Originated from Zimbabwe, the name means song made by hitting planks. It is what the marimba exactly looks like, a table with several pieces of wood planks. You use a stick to strike those planks to create the distinctive tones.

The bursting sound of the Marimba comes hitting the center of the equipment to carry out the tone of the music. The fiddle guitar and guitarrilla are part of the ensemble to achieve the various rhythm and dance harmony.

Who knew? There are popular traditional Marimba bands. Those bands are in mostly Guatemala because the Marimba plays a dominant role in the culture. Besides Guatemala, you can see the bands when visiting Mexico, Honduras, Nicaragua, and El Salvador. Interested in getting a marimba, I looked online to see the cost of a marimba and holy cow that is an expensive instrument. The price for a good quality one starts at $15,000.

The clothing and decorations are other essential components of the dance performances.

The Spanish culture influences the style of the dresses and trousers. Some dress costumes are of the characters from Nicaragua legends, and myths. The clothes are similar to the Halloween witches’ decorations.

Colorful, elegant overflowing skirts and long dresses are worn. The female dancers wear beautiful necklaces, and earrings, decorative headpieces. Hair decorated with flowers and some will wear a bonnet or decorative hats.

The men may wear sombrero hats, sometimes with feathers, long sleeved shirts, jackets, white stockings, and trousers. In some dances, they have masks, some are grotesque figures, to look like the face of Spanish colonial men and women. There are masks to showcase the soul of the dead. 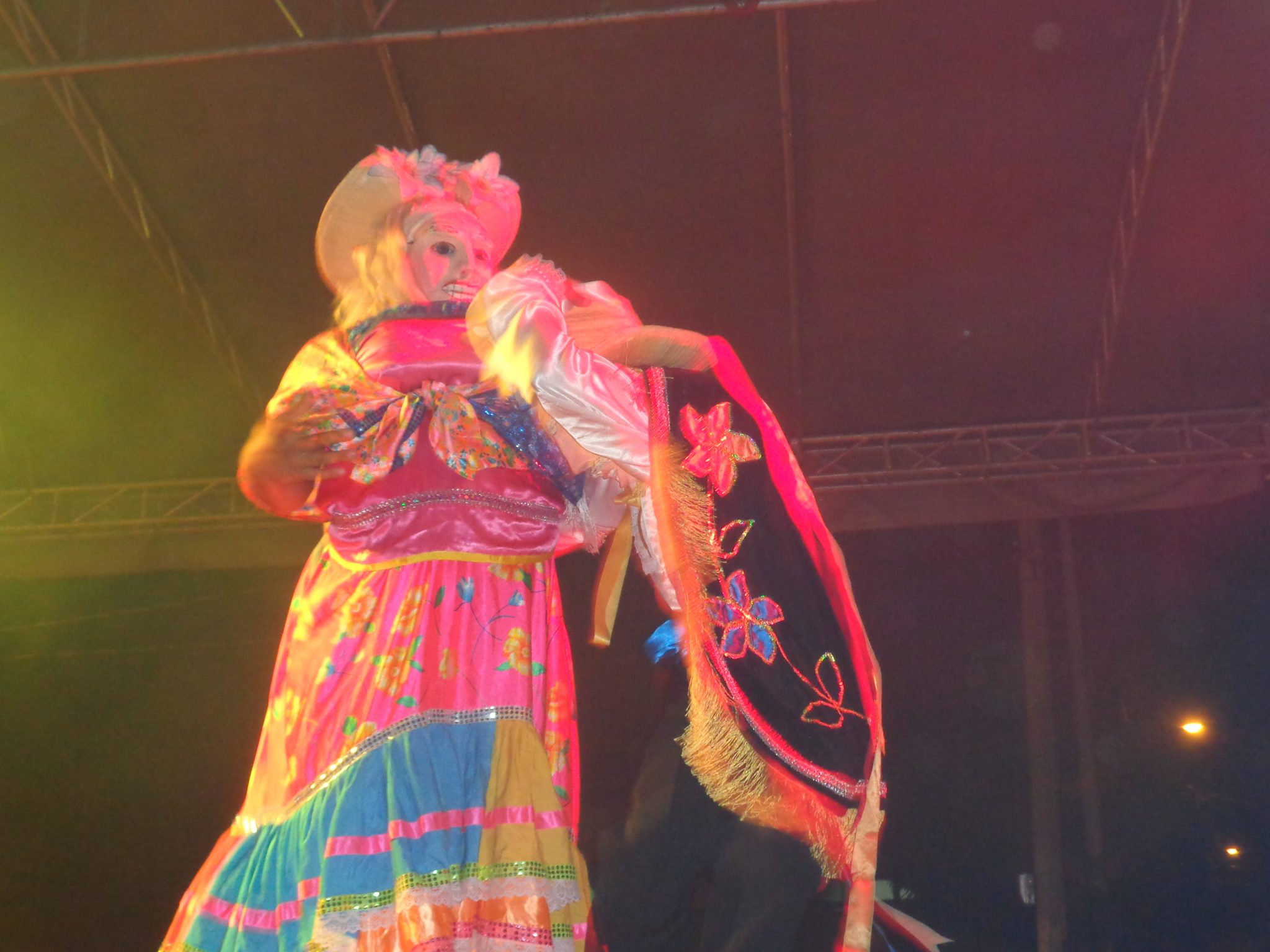 In the indigenous language of Nahuatl, El Güegüense or ‘huehue’ means an old man or wise man. This acclaimed play received the UNESCO Cultural Heritage “Oral and Intangible Heritage of Humanity” honor. It is one of the most recognized literary work in Nicaragua and also in  Latin America.

This impressive form of art work is popular because it combines Spanish and Indigenous theater, dance, and music. It applies satire to portray the distaste against the treatment of the Nicaraguans people during the colonialism. This dance originated from the city of Diriamba. Sadly, no one knows who wrote the play. Historians assumed that the main character El Güegüense might have been a prosperous merchant who refused to pay taxes to the Spanish government.

This play consists of 14 characters: three mestizos, four Spanish authorities and two women and four beasts of burden. Each character wears different costumes. Men dressed in elegant and colonial clothes with spangles and high stocking. To mimic the skin tone, they wear white or light-brown masks, a mustache, and blue or light-colored eyes. The Mestizos are people of a mixed racial or ethnic ancestry, use masks with a beard. And, they also wear a straw hat and more everyday clothing.

You can see El Güegüense during San Sabastian Patron of Saint festival in the city of Diriamba, a province of Carazo.

Another traditional dance from Diriamba, El Viejo y La Vieja translates to The Old Man and The Old Lady in Spanish. The main character, the Old Man, wears a jacket over a long sleeve shirt and trousers. A hat with colored ribbons and a mask. This dance is slow but elegant, and all the dance movements utilize a cane.

The Old Lady wears a colorful dress and a hat with lots of decorations.  She also has a beautiful mask to resemble the women during the colonial period. Her moves are quicker, with lots of seductive steps. Her attempt is to arouse the Old Man, using her big breasts and big buttocks. 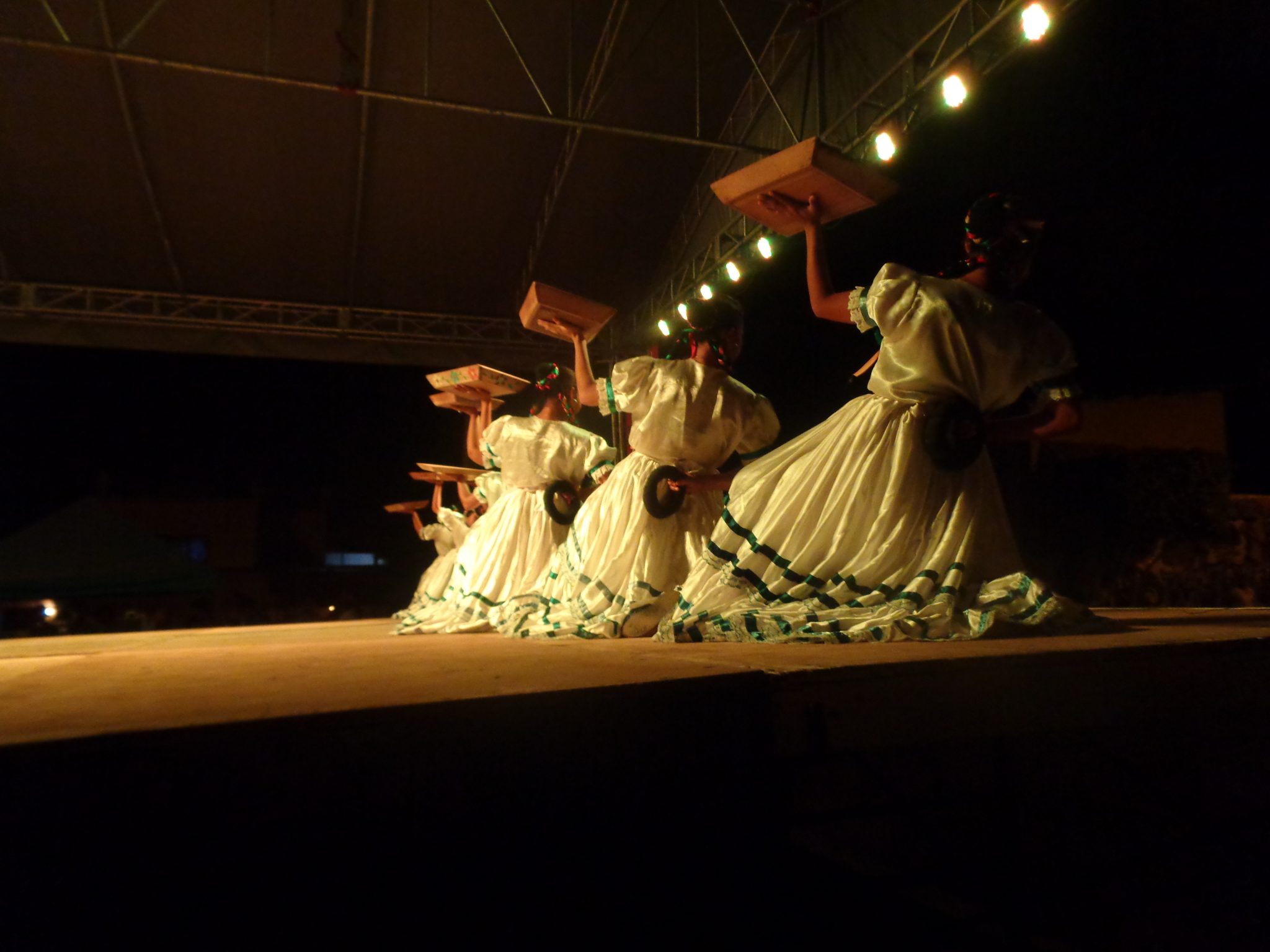 If you are interested in a more sensual dance, the Palo De Mayo is the dance. It originated from the Nicaraguan Bluefields traditions, since the 17th century. It is made up of several cultures from the South Caribbean Coast Region in Nicaragua and Belize, the Bay Islands of Honduras and Bocas del Toro in Panama. This dance uses the bongo drums, which is made of tree trunks. Other instrument they use are a washboard bass and a percussion.

This dance is mostly performed during May Day festivals.

Baile de Los Zompopos means the Leave Cutter Ants. It celebrates the victory of the destructive tribe of leaf cutting ants.  This dance has been a parade honoring the Patron Saint of Altagracia since 1613. It began when Indigenous people worshiped Quiateot, God of harvest. Participants hold sugar cane and tree branches high over their heads while dancing to the traditional music.

The event takes place in the streets during the Saint Altagracia festival.

The city of Diriamba produced also the modern dance the Toro Huaco, which means the parade of men disguised in rags. It is another traditional Nicaraguan dance that is part of the Native American and Spanish cultural heritage. It has been around for over 100 years.
You can watch this dance performance during the festivities of Saint Sebastian, Patron Saint of the city of Diriamba.

Ballet Folklórico Nicaragüense – El Mestizaje
This romance dance is gallant and sensual and originated from the Pacific area.

Bailes de Negra – The Baile de Las Negras, or dance of the black, has an ancient origin and it consists of various dance couples (all males) dressed with colorful colonial outfits.

Las inditas – Performed in the traditional festivities in Masaya. It represents the hardworking women from Masaya.

I would like to end  with a quote by Agnes de Mille that defines the true essence of dance – “The truest expression of a people is in its dance and in its music. Bodies never lie.” If you are interested in learning about more traditions and festivals, here is a list of the 5 strangest ones around the world.

Here are some great tips on planning a backpacking trip to Nicaragua.

Let me know what is your favorite Nicaraguan dance performance in the comment section.

He’s Dazzled Diners in the U.S. Now He Aims to ‘Change People’s Perspectives’ in Ivory Coast.

The chef Roze Traore has spent years building a name for himself in New York, but for his new project, he’s tapping his family ties to West Africa. [...]