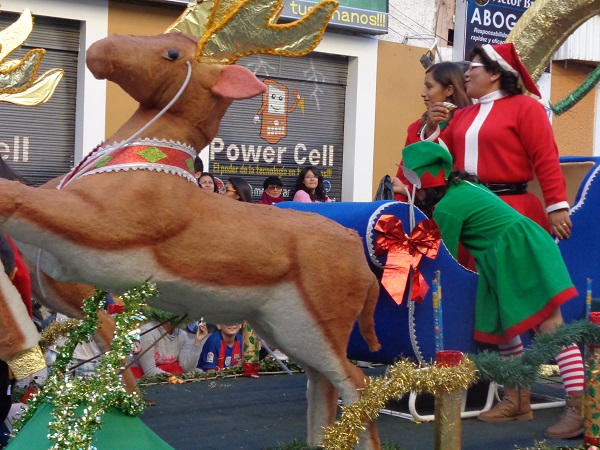 The month of December is the most festive time of the year in many countries. Many people are busy looking for the perfect gifts to buy for friends and family. Beside the Christmas celebrations, there are several prominent festivals celebrated around the world.

When it comes to the most festive countries in the world, some destinations stand above the rest. Featuring vibrant culture, spectacular landmarks, and fascinating attractions. Each of these happy places is a favorite amongst tourists. But you must realize that the diversity of the festivals is one of the main reasons they popularity with visitors.

From the Hindu procession in Singapore and the celebration of light in Thailand to Bastille Day in France and the Junkanoo parade in the Bahamas. The variety is staggering.

With that in mind, here is a micro-guide to the most festive countries in the world. And the reason I think you should strive to attend any of these festivals.

Five Most Festive Countries in the World 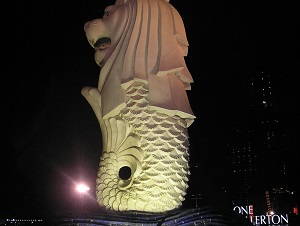 Few countries are home to the same variety and melting pot of cultures as Singapore. Located in the southern reaches of Asia, Singapore is also one of the fastest growing travel destinations in the world and with an incredible wealth of festivals throughout the year, “the Lion City” never fails to disappoint.

In between Chinatown, Little India, Marina Bay, luscious botanical gardens, and a redeveloped esplanade; an impressive array of festivals take place which perfectly symbolizes each region. For example, Chinese New Year celebrations dominate the month of January as a string of lanterns bring light upon the infamous night bazaar while the Hindu Festival of Faith (Thaipusam) follows with an equally colorful procession at the many temples around Singapore.

May and June arrive with the Singapore Arts Festival, but then the River Festivals descend on Marina Bay which climaxes with the exciting Dragon Boat Race.

Of course, these are merely a few of the attractions which make Singapore one of the most festive countries in the world, and it must be said that the Lantern Festival is another energetic affair, as is Vesak Day which is celebrated by Buddhists to mark the life and death of the Buddha.

Note: Check out the Raffles Singapore, if you are there after its renovation, in the middle of 2018 for their famous Singapore Fling. Here is a great post on the best places to visit Singapore in 3 days. 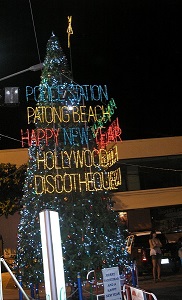 Thailand is undoubtedly the backpacking capital of the world at this moment, but amidst all the partying and more tourist centered attractions, the local festivals are an incredibly authentic experience. In fact, while any thought of Thailand may revolve around the beaches, jungles and Buddhist temples, there are so many festivals which appeal to a much broader civilization.

Given the large population of Chinese in this part of Southeast Asia (14%), it comes as no surprise that the theatrical parades in Yaowarat, Bangkok ensure this Chinese New Year Festival is one of the most popular to encounter. As you might expect, this festival is on the cultural and traditional presence of the Chinese population in Thailand. At the same time, many of the most impressive events are entirely local such as Songkran, Loi Krathong, and the Vegetarian Festival on Phuket.

Songkran is a water festival which marks the start of the new year in Thailand (13 April) and coincides with the end of the dry season. Although the sight of these water fights can be a little odd, the festival is exceptionally significant for Thai culture and an excellent way for tourists to mingle with the locals. Also known as the Festival of Lights, Loi Krathong is arguably the most famous festival in Thailand during which thousands of lanterns are dispatched to the night skies while the crowd is left captivated by the spectacle.

A nine-day celebration, the vegetarian festival is arguably the most interesting although the title is somewhat misleading. After all, this festival requires some rather strange behavior from locals who proceed to partake in obscure acts such as walking on hot coals or piercing their faces with random objects.

Again, these are just examples of the many showcases which make Thailand one of the most festive countries in the world and much more exist including the extremely colorful Chiang Mai Flower Festival. 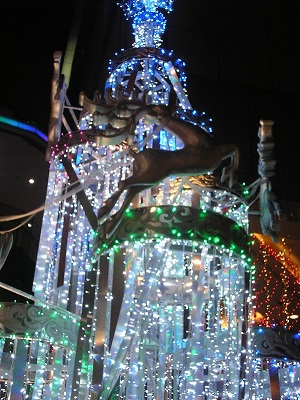 Located in the heart of South America, Ecuador is one of those exotic places that never entirely receives the recognition it deserves for being such a genuinely breathtaking country. With a background of natural rainforest and majestic mountains, the landscapes are spectacular, but then the traditional holidays in Ecuador are lesser known than any of the countries. Celebrating through dance, music, and theater; the difference of these occasions is admirable and while the New Year celebrations may be nothing new, here are just a few of these lesser known festivals that take place in Ecuador every year:

Day of the Dead – Dedicated to the memory of those who have past away and traveled to “the beyond,” this festival is best described as a continuous line of street vendors which lead to the final resting place of those being worshipped – the cemeteries. Full of candles, food, and flowers, the stalls are a heartwarming gesture, and the festival itself is a friendly reminder to appreciate the present.

Fiestas de Quito – This wonderful encounter features bullfights, nativity acts, traditional dancing and music to celebrate the Spanish origins of Quito. However, this festival is a celebration of the many cultures which now exist in modern-day Ecuador, and it begins in November at the Plaza de San Francisco.

Festivals in Cuenca – In many ways, this is just a giant party which takes place all over the city to mark Independence Day for Ecuador. Expect an eight-hour extravaganza of floats and colors in the parade, followed by fireworks and concerts that same evening.

As already mentioned, this may be one of the lesser known destinations but Ecuador is undoubtedly one of the most festive countries on the planet, and the modest element of this experience is often what makes it so appealing. 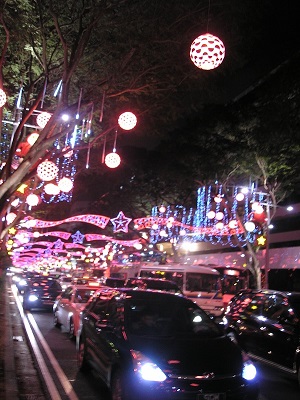 When you witness the acrobatic performances at Cirque de Demain in Paris, you should realize why France is renowned for being a big festive country. Similar to the other countries, the list of annual festivals in this part of the world is centered around religion, music, dance, art, and even chocolate celebrated at every chance. However, some festivals are unique than others, and for all the variety, there are some which stand out for being the biggest, unfamiliar or most flamboyant of them all:

Nice Carnival – Interestingly, this is one of the largest carnivals on the planet with parades taking place over the course of fifteen consecutive days. Featuring flower parades, colorful floats, and genuinely bizarre characters, this is also one of the most popular festivals in France.

Festival Medieval de Sedan – Taking place in Sedan Castle, one of the most impressive in Europe, this exciting festival creates a medieval atmosphere for traditional tournaments, banquets, and competitions on the grounds. Game of Thrones fans are typical in such places, but the entire spectacles can be enjoyed by just about anyone.

Cannes Film Festival – Renowned as the most prestigious film festival, the Cannes Film Festival attracts the rich and famous from all over the world. Originally intended as a rival to the nearby Venice Film Festival in Italy, the atmosphere is electric, and the open air cinemas on the beach are literally a once in a lifetime experience.

The Paris Fringe Festival and Bastille Day are other worthy mentions, but as you should see, France is one of the most festive countries in spite of the significant players surrounding this hotspot in Europe. 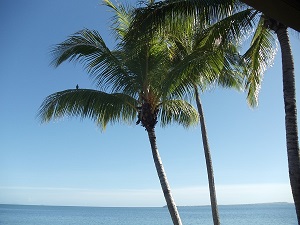 Bahamians know how to have a good time, and this is no more obvious than when it comes to the celebrations surrounding the history and local culture on this Caribbean island, made of 700+ of smaller islets. There are bound to be a couple of events taking place during your visit at any time of year, with celebrations for everything from film and food to sailing and national heritage.

In many ways, this can make it difficult to know where to start when outlining the true nature of this happy country, for there is an endless lineup of festivals. Local filmmakers are joined by celebrities every December for the International Film Festival, while the New Year Sailing Regatta is the first of many sailing events throughout the calendar year.

Nassau Classic Car Festival is always a unique encounter while even high-end gamblers are lured to these shores by the PokerStars Caribbean Adventure. Furthermore, the professional golf tournament at Bahamas Princess Resort is hugely prestigious, and then local heritage is celebrated during both the Bahamas Heritage and Island Roots Festivals which celebrate the culture and African heritage of the island respectively.

That being said, Junkanoo is centuries old and arguably the most famous of all these festivals. Celebrated with a different theme every year, Junkanoo takes months of preparation, rehearsals, and practice with the result being an astounding array of performances to celebrate Boxing Day and New Year’s Day every year. From the Pineapple Festival and Conch Festival to the Mutton Festival and more, the Bahamians know how to celebrate and ensure this is one of the most festive countries in the world.

Have you traveled to a festive country recently? Is there somewhere missing from the list above? Please let me know in the comments.

How To Spend 5-Day Vacation in Guyana

Guyana may not be recognized as a big tourist stop. You'll miss out visiting a…

What are the top things to do in Copán, Honduras?

Warning: count(): Parameter must be an array or an object that implements Countable in /home/customer/www/blackgirlzen.com/public_html/wp-content/plugins/wp-quiz-pro/inc/class-trivia-quiz.php on line 35

What is the capital of Germany?

In Norway, a fjord is made up largely of what?

The island of Rhodes belongs to which Mediterranean country?

Test your travel knowledge
You Are Great

Test your travel knowledge
Not Bad

Test your travel knowledge
Too Bad